How does a lithium battery change the car?
10.14.2019 | lefanev | Tips for charging electric cars 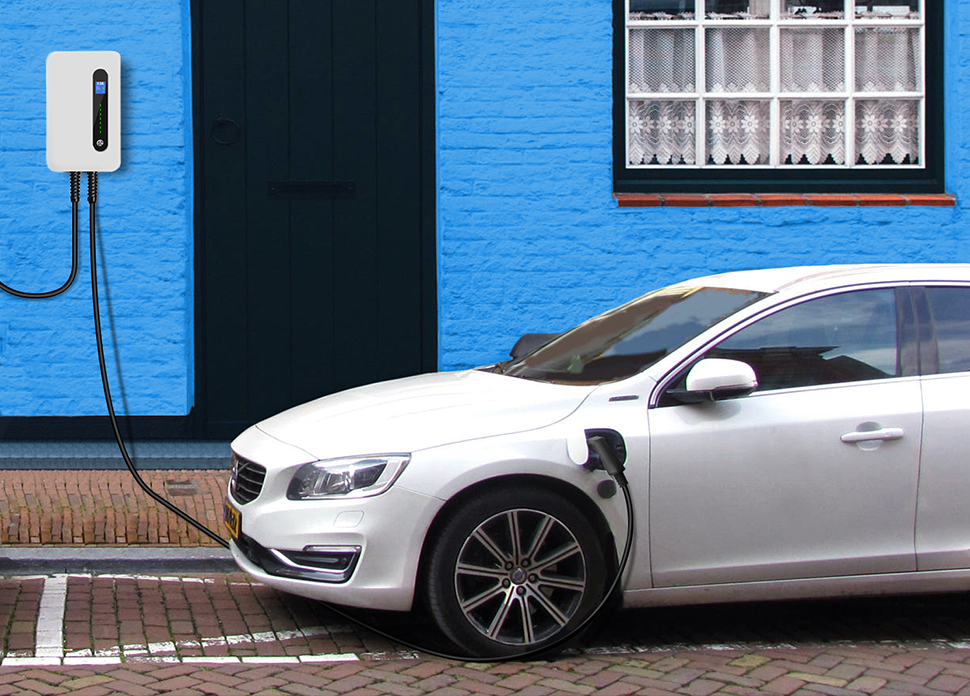 With the rise of the wave of electric cars, lithium battery large facilities fist, as electric vehicles, the "heart" re "definition" of the car.

On the afternoon of October 9, the 2019 Nobel Prize in Chemistry was awarded to John Goodenough, Stanley Whittingham and Akira Yoshino in recognition of their Lithium Outstanding contribution in the field of batteries.

From the 1970s, the basic concept of lithium batteries was proposed to enter the market for the first time in 1991. Today, lithium batteries have been applied to all aspects, completely changing people's lives. If, in the 1990s, lithium-ion batteries were successfully used in mobile phones, it marked the arrival of the lithium ion era. Nowadays, with the rise of the car electrification wave, lithium batteries have made great efforts to re-definition the car as the "heart" of electric vehicles.

Car electricization is unstoppable
In the 100-year history of the global automotive industry, the birth of two cars is known as a landmark.

In 1886, the German Karl Benz ( the founder of Mercedes-Benz ) invented the world's first internal combustion engine car, which is the beginning of modern cars; in 1908, the emergence of the Ford Model T, opened the production line of cars, let the car Really able to walk into the family.

In the past 100 years, although many car manufacturers around the world have introduced tens of thousands of new models, the automotive industry technology is constantly evolving, but no revolutionary significance of any car can be compared with the above two cars. Until 2017, the emergence of Tesla Model 3, many people lamented its subversion of the automotive industry than the Ford Model T. This is Tesla's transition from a niche American high-end electric vehicle manufacturer to a multinational automaker for the mass new energy vehicle market.

In 2008, Tesla released the first two-door sports car Roadster, the California technology company for the first time into the automotive industry. Although the first car was not sought after because of the high cost, Tesla's subsequent Model S and Model X were favored by high-end electric car users around the world.

Some analysts believe that the emergence of Model 3 has strengthened the determination of the traditional car giant elephants to turn around, and also accelerated the pace of their electrification strategy.

According to statistics from market research institutions, global vehicle sales reached 95.6 million units last year. The total sales volume of new energy vehicles in the world reached 2.018 million units, accounting for only 2.1% of the global auto market. However, from the current trend of global automotive electrification, if the future electric vehicle can account for half of the new car sales, the sales of electric vehicles will be 20 times that of today, which is a promising market. In the industry's view, electric vehicles may reshape the global automotive market.

For China, it is an opportunity to change lanes first. Starting from the “Ten Cities and Thousand Vehicles” program in 2009, with the government's vigorous promotion and support, China's new energy vehicle industry has achieved tremendous breakthroughs in the past decade. In 2018, the sales volume of new energy vehicles in China reached 1.256 million, accounting for 60% of the global sales of new energy vehicles. BYD and BAIC New Energy became the second and third new energy vehicle manufacturers after Tesla's global sales. At the same time, the trend in the automotive and electric Tesla stimulus, China also gave birth to Wei to , Weimaraner, Xiaopeng as the representative of the new forces repairer, make innovations in product differentiation and business models try.

One of the reasons why Tesla is favored is the leading endurance, thanks to its battery technology. From a global perspective, the current competition for automotive lithium-ion battery is mainly concentrated in China, Japan and South Korea. Japan's Panasonic, South Korea's Samsung, SK, LG, and China's Ningde era , BYD, is considered to be the world's leading electric vehicle battery leader, occupying a major market share.

With the continuous development of the electric vehicle market, power batteries have great commercial potential. In the first half of this year, the operating income of Ningde era was 20.264 billion yuan, and the net profit was as high as 2.102 billion yuan, showing a strong "sucking gold" ability. As the leader of China's power battery companies, the ability to make money in the Ningde era has surpassed many car manufacturers. BYD, which ranks second in terms of installed capacity of domestic power batteries, currently supplies batteries mainly to BYD, but has plans for external supply and spin-off.

In the industry's view, after the spin-off of BYD's battery business, it is expected to become a new "unicorn" company with a market value of nearly 100 billion. In the early days of the development of China's power battery industry, a large number of battery companies have emerged, but in the past few years, the market has already undergone a round of clearing, and some companies have gone bankrupt.

Although the Ningde era and BYD accounted for nearly 70% of the market share, there is a clear "two-eighth law." But this does not mean that the Chinese power battery suppliers of the second and third line echelons have no market opportunities. “The battery factory is bound to a reliable OEM customer, and it will be a good one; two customers will be able to live well; three or more customers may become the 'Ningde era'.” The senior executives of the power battery company said in an interview with Zhikujun.

At present, China's power battery industry is in a period of dramatic changes. On the one hand, Japanese and Korean battery companies are accelerating the pace of returning to the Chinese market and began to make frequent contacts with Chinese automakers. Not long ago, Geely and LG Chem announced the establishment of a new joint venture, which released a new battery cooperation project for Chinese and Korean companies. On the other hand, OEMs want to control the electric vehicle industry, improve the bargaining power in the supply chain system, and start to get involved in battery manufacturing to improve the layout of the industrial chain.

Electrochemistry is different from the physical machinery industry of traditional automobiles. For most car companies, the power battery really belongs to the "interlaced" industry, especially the battery component "cell", which has natural industrial barriers.

However, traditional car giants are reluctant to leave the center of the stage during the transition from traditional fuel to new energy vehicles. Volkswagen, which is vigorously promoting electrification, decided to take more core power battery technology in its own hands. It not only spent nearly 1 billion euros to build its own battery factory, but also acquired new technologies through battery companies to improve its research and development.